King George V created these honours during World War I to reward services to the war effort by civilians at home and servicemen in support positions. The ranks are Commander (CBE), Officer (OBE) and Member (MBE). They are now awarded for prominent national or regional roles and to those making distinguished or notable contributions in their own specific areas of activity. The honour of an MBE, in particular, can be given for achievement or service in the community.

Ahmed is recognised for his service to Education, he is the Founder of Sudan Supplementary School and Sudan Volunteer Programme, he is awarded MBE (Member British Empire)

Among the list of other distinguished Sudanese included in the past honours lists (examples) are: El-Khidir Daloum Mahmoud Ahmed, International Humanitarian Expert awarded MBE (Member of The British Empire) in recognition of his service to Children (watch talk video here) and Dr. Hania Morsi Fadl, Founder & CEO Khartoum Breast Care Centre awarded OBE (Order of The British Empire) in recognition of her services to women in Sudan (watch interview here).

The UK honours system is overseen by the Cabinet Office Honours and Appointments Secretariat. 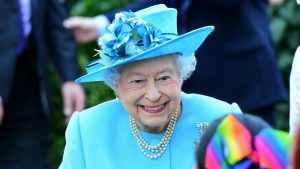