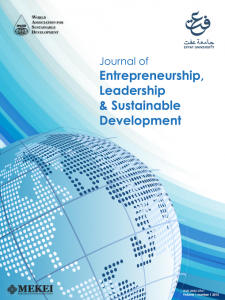 Current and future development and scope

Over the past fifty years there has been a significant shift from the concept of establishing large scale conglomerates to small and medium enterprises (SMEs). SMEs impact on economic life and society is considerable. They play a central role in economy’s ability to compete and continual revitalization. However, economic, management and applied management studies paid little or no attention to the particularities and meaning of such companies and person (entrepreneur) behind SME growth. This changed a recently and the subject of entrepreneurship is now widely studied and applied for examining SME’s. The Entrepreneurship and SME development paradigm is now enjoys increasing public, political, and scientific attention. SMEs have become a driving force of modern economic systems and have reduced unemployment and poverty levels and provided many social benefits

According to U.S. Bureau of the Census, the U.S. Small Business Administration US international Trade Commission Investigation No. 332-508 USITC Publication 4125 of January 2010 it is well known fact that SMEs contribute significantly to the development and growth of efficiency in the U.S.A. particularly to innovation, job generation, and international competitiveness as shown by the followings:

Economic activity: The bureau further states that SMEs accounted for approximately 50% of private nonagricultural gross domestic product (GDP) between 1998 and 2004. SMEs accounted for approximately 30 percent of known U.S. merchandise exports between 1997 and 2007. In 2007, U.S. SME exports amounted to $306.6 billion. Much of the growth in SME merchandise exports was attributable to an increase in the number of net new market entrants. SMEs contributed $4.7 trillion to the U.S. economy in 2004, or roughly 50 percent of U.S. private nonagricultural GDP. The services sectors were the most important for SME economic activity, accounting for 79.0 percent of SMEs’ contribution to GDP. The wholesale and retail trade sectors combined accounted for the largest share of SME GDP (15.3 percent), followed by real estate (11.6 percent) and professional, scientific, and technical services (11.1 percent). Manufacturing (combined with mining) ranked fourth among the economic sectors, accounting for 11.0 percent of SME GDP in 2004, followed by construction (10.0 percent)

Number of firms: According to census SMEs accounted for 99.9 percent of the 27 million employer and non-employer private nonfarm businesses in the United States in 2006. The vast majority of SMEs are firms with fewer than 20 employees
Employment: the publication also states that SMEs employed roughly half of the 120 million nonfarm private sector workers in the United States in 2006. Employment within SMEs and larger firms grew by comparable rates between 1998 and 2006, and was largely fueled by employment growth in services and construction sectors

Innovation: SMEs are an important source of innovation processes, products, and services and can be more efficient at producing innovation than large firms

The potential of SMEs to promote domestic-led growth in new and existing industries and to strengthen the resilience of the economy in a competitive and challenging environment is inarguable. According to Department of statistics of Malaysia, the economic growth in developed countries such as Japan, Korea, Taiwan and many others, was significantly generated by SME activities. The percentage contribution of SMEs to Gross Domestic Product (GDP)/total value added ranges from 60.0 percent in China, 57.0 percent in Germany, 55.3 percent in Japan and 50.0 percent in Korea, compared to 47.3 percent attained by Malaysia. The SME growth is assessed by SME contribution to the three (3) main sectors of the economy; manufacturing, services and agriculture. This shows that small and medium enterprises (SMEs) have been the backbone of economic growth and driving industrial development. Due to their sheer numbers, size and nature of operations, the role of SMEs in promoting endogenous sources of growth and strengthening the infrastructure for accelerated economic expansion and development has been recognized. The close link of SMEs and franchise sector which are both entrepreneur have led to the further expansion of SMEs

In contemporary business the SME growth, entrepreneurship and franchise businesses are interrelated. Franchising is being used as development and growth strategy in numerous contexts across the globe; ranging from its use as entry to expansion mode and securing competitive advantage; and has played vital role in small business development. The regional development banks have emphasized franchising in development of micro and small businesses in developing countries especially in social sector. Table 1 provides details of economic contributions of franchising.

A 2010 study by the International Franchise Association stated that franchising is responsible for 760,000 businesses, 18 million jobs, 14% of the private sector employment, and over $500 billion in payroll with an estimated $1.3 trillion in sales only in the USA. The growth trend of the sector seems to apply to Europe as well including the UK. Sales in the UK have grown more than tenfold from £ 0.9 in 1984 b to £ 9.6 b in 2004 and reached to almost the £ 10b mark in early 2006. According to BFA / NATWEST 2006 survey in UK, there are 718 franchise systems and 28,500 franchisees. The sector employs more than 29.34 million people in USA, UK, France and Germany

In 2000, the median gross annual income, before taxes, of franchisees was in the $75,000 to $124,000 range, with over 30% of franchisees earning over $150,000 per year. The U.S. Department of Commerce states that 90% of franchises are still in operation after 10 years, compared to just 18% for other forms of small business. This shows the importance of franchise sector role in SME growth and development as trigger of economic growth and curbing unemployment.

Overview of Entrepreneurship, SME’s and Franchise Sector in Saudi Arabia

Unemployment in the Saudi society is rife and a number of institutions including the government are initiating a number of projects and activities to boost local talent employment and employability. In Saudi Arabia the scope of entrepreneurship development by primary industry is evident through its involvement in the extraction and collection of natural resources, farming and fishing. This played a major role in economic growth of the Kingdom as primary industry tends to make up a larger portion of the economy of developing countries than they do for developed countries.

Saudi Arabia is a consumer society and entrepreneurial activities remain with the major groups and business houses. These companies and entrepreneurs own and operate businesses in hotel, catering, processing, FMCG manufacturing (processing) and retail, automobile and related, imports and distribution, education, restaurants, real estate, private airlines and banks, investment houses, shopping centers and high rise buildings, Oil, agriculture and the international franchise outlets ranging from United Colors of Benetton to PepsiCo and McDonalds. In franchising, the mode of business has been that of master franchisee. This cannot generate mass entrepreneurial activity or Saudization as the individual franchisee does not come into play. The kingdom hosts almost all the renowned international franchise brands in hotel, restaurant, fast food, clothing, fashion and footwear etc. However, it is of paramount importance that the economy is fed by manufacturing and specialized service sector in addition to the primary sector. This assists in generating employment and stimulates the economic activity and can trigger mass Saudization.

The knowledge of academia, managers and practitioners is limited in the domains of Entrepreneurship and its areas such as Leadership, SME’s and sustainable development in relation to Middle East. This is because these domains are now getting increased attention of all the stakeholders from this strategically important region of the world. Therefore there is a need to bridge this gap through an academic and applied journal.